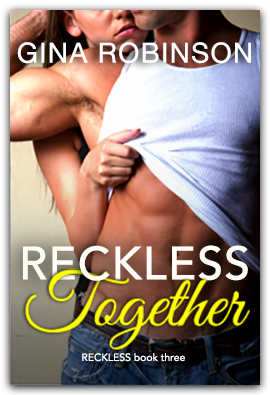 Book Three of the Reckless Series

The stunning conclusion of Ellie and Logan's love story that began on a hot August night in Reckless Longing and continued through the depths of winter in Reckless Secrets...

My mother is a liar, a seductress, a keeper of family secrets, and a master manipulator. She took Austin from me. Now she claims she wants forgiveness. But she's after Logan. I know she is. He thinks he can protect me from her. I love him for trying, for playing hero, but he doesn't know her like I do. She'll charm him until he lets his guard down and then she'll strike so quickly he'll never see the attack coming. I may already be too late to stop it.

Logan's love is essential to me, like sunshine and deep nurturing breaths. He's my all. I can't live without him. But there's so much standing in the way of our happiness. As dangerous as she is, Mom is the least of my worries. I'm fighting the darkness Logan is struggling with, the upcoming trial, his family, and sometimes I even think I'm fighting a phantom of myself. But I won't give up. Ever.

I wish I could make El understand how much I love her, but I'm losing control. She makes me lose control. Since the abuse, that scares me shitless and brings back the guilt and the memories I want to erase. Things that have nothing to do with El, and everything because they affect the man I want to be for her.

I can't face losing her. I don't want her to hear the ugly truth about me, but I have to testify. I have to, even though I'm risking everything and fighting my dad and myself to do it. After it's over, will El still love me? I have to help her reconcile with her mom. Then maybe she'll understand.

(NOTE: The Reckless Series must be read in the order listed below.) 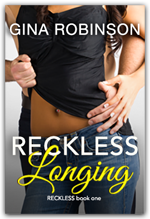 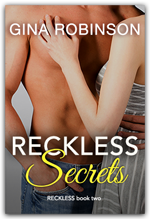 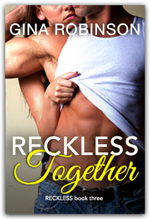 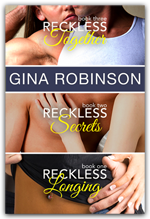 © 2016-2018 Gina Robinson. All rights reserved. This site uses affiliate codes and is a participant in affiliate advertising programs, including the Amazon Services LLC Associates Program and the iTunes Affiliate Program, designed to provide a means for sites to earn advertising fees by advertising and linking to retailers like amazon.com and iTunes.com.