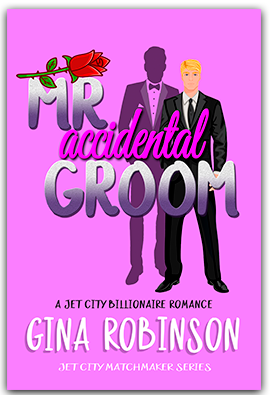 Looking at love through a different lens

A wounded veteran.
A beautiful bridal model.
When they're paired on a wedding fashion photo shoot, the chemistry between them is undeniable.

A medal to model romance.

Knox Emerson has been in love with his matchmaker for far too long. After he rejects one too many of her highly compatible matches, she pauses his matchmaking campaign until he gets serious about finding a bride. A bride who isn't her.

After years of struggle, Callie Campbell's modeling career is finally taking off. Everything is perfect. Until she meets Knox. He's hot, enticing, and off-limits. Playing bride to his groom on a photo shoot makes it hard to resist him, but falling for him could kill her career.

Pick up Mr. Accidental Groom and find out why readers love Gina Robinson's good guy heroes, the strong women they fall for, and their funny, witty, romantic stories. 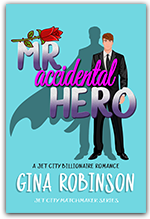 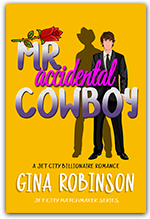 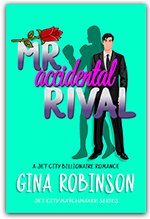 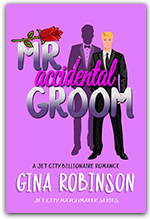